On the first hours of Greek Easter Sunday and right after “Christ has risen” we crack red eggs, a tradition called “Tsougrisma”. This tradition while fun as a game has the symbolism of resurrection and new life. The egg is seen by followers of Christianity as a symbol of resurrection: while being dormant it contains a new life sealed within it.

Easter eggs are dyed red on Holy Thursday to represent the blood of Christ, shed on the Cross, and the hard shell of the egg symbolizes the sealed Tomb of Christ—the cracking of which symbolizes his resurrection from the dead. 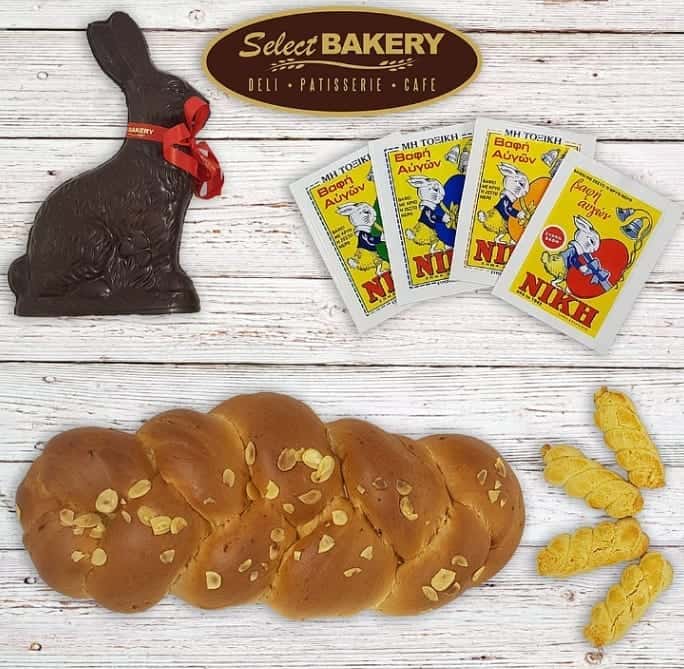 Select Bakery offers in-store and in our online shop non-toxic Egg dyes in red and other colours, you can also purchase Religious themed and flower decor sleeves to decorate your eggs even more. If you are short on time, we also sell pre-coloured red eggs to help you with your Greek Easter preparation. Come and visit us at 405 Donlands Ave in Toronto, ON.

Tags:easter, egg, greek
What is “Lambada” the Greek Easter Candle?
Top 4 Facts you must know about Greek Coffee