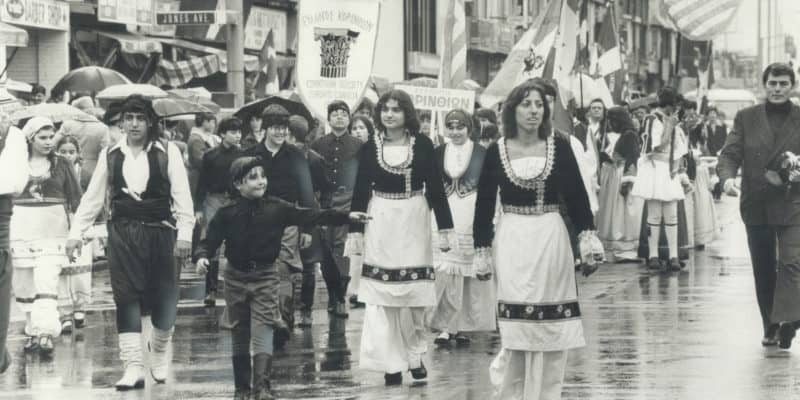 It coincides with the Greek Orthodox Church’s celebration of the Annunciation of the Theotokos when the Archangel Gabriel appeared to Mary and told her that she would bear the Son of God. Today all those named Evangelos and Evangelia celebrate their Nameday. Happy Nameday to all celebrating today! Χρόνια Πολλά σε όλους που γιορτάζουν σήμερα!

The Greek War of Independence, also known as the Greek revolution, was a successful war of independence waged by the Greek revolutionaries between 1821 and 1832 against the Ottoman Empire. The Greeks were later assisted by the Russian Empire, Great Britain, Bourbon France, and several other European powers, while the Ottomans were aided by their vassals, the Eyalets of Egypt, Algeria, Tripolitania, and the Beylik of Tunis.

Even several decades before the fall of Constantinople to the Ottoman Empire in 1453, most of Greece had come under Ottoman rule. During this time, there were several revolt attempts by Greeks to gain independence from Ottoman control. In 1814, a secret organization called the Filiki Eteria was founded with the aim of liberating Greece. The Filiki Eteria planned to launch revolts in the Peloponnese, the Danubian Principalities, and in Constantinople and its surrounding areas. The first of these revolts began on 6 March 1821 in the Danubian Principalities but was soon put down by the Ottomans. The events in the north urged the Greeks in the Peloponnese into action and on 17 March 1821, the Maniots declared war on the Ottomans. This declaration was the start of a spring of revolutionary actions from other controlled states against the Ottoman Empire.
By the end of the month, the Peloponnese was in open revolt against the Turks and by October 1821, the Greeks under Theodoros Kolokotronis had captured Tripolitsa. The Peloponnesian revolt was quickly followed by revolts in Crete, Macedonia, and Central Greece, which would soon be suppressed. Meanwhile, the makeshift Greek navy was achieving success against the Ottoman navy in the Aegean Sea and prevented Ottoman reinforcements from arriving by sea.

Tensions soon developed among different Greek factions, leading to two consecutive civil wars. Meanwhile, the Ottoman Sultan negotiated with Mehmet Ali of Egypt, who agreed to send his son Ibrahim Pasha to Greece with an army to suppress the revolt in return for territorial gain. Ibrahim landed in the Peloponnese in February 1825 and had immediate success: by the end of 1825, most of the Peloponnese was under Egyptian control, and the city of Missolonghi—put under siege by the Turks since April 1825—fell in April 1826. Although Ibrahim was defeated in Mani, he had succeeded in suppressing most of the revolt in the Peloponnese and Athens had been retaken.

Following years of negotiation, three Great Powers, Russia, Britain and France, decided to intervene in the conflict and each nation sent a navy to Greece. Following news that combined Ottoman–Egyptian fleets were going to attack the Greek island of Hydra, the allied fleet intercepted the Ottoman–Egyptian fleet at Navarino. The battle began after a tense week-long standoff, ending in the destruction of the Ottoman–Egyptian fleet. With the help of a French expeditionary force, the Greeks drove the Turks out of the Peloponnese and proceeded to the Ottoman-controlled part of central Greece by 1828. As a result of years of negotiation, Greece was finally recognized as an independent nation in the Treaty of Constantinople of May 1832.
The Revolution is celebrated by the modern Greek state as a national day on 25 March.